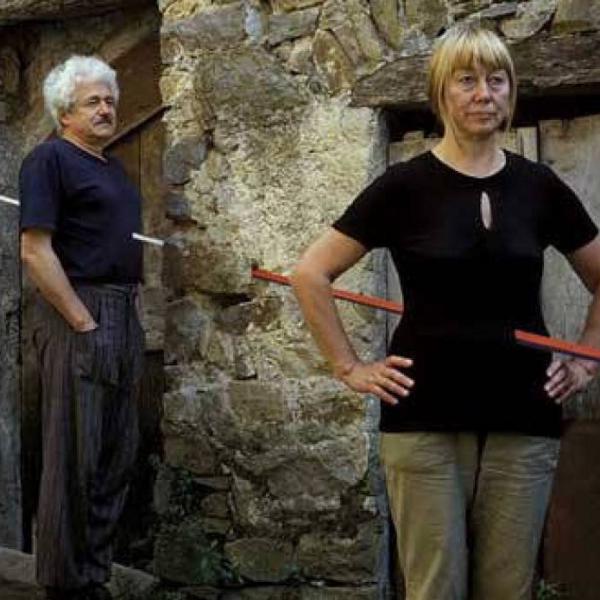 Graduated from the Moscow Higher School of Industrial Art. Founder of the group of artists and engineers «Argo» with the aim of creating artificial systems similar to natural phenomena. This artistic association became a notable avant-garde phenomenon in the then Moscow. Having started as a «kinetic artist», Infante made a unique contribution to land art, making installations in nature. The artist calls his work artifacts. Built on the effects of reflection, ambiguity and interactivity, they often appeal to the traditions of the Russian avant-garde, especially the works of Malevich and Tatlin. Interpreting «kinetic» as «mobile», Infante creates abstract and artificial systems consisting of moving and rotating forms, made of concrete materials as much as of light, color and sound. The artist then presents the series of landscape installations in the corresponding series of photographs. Infante uses them in lectures and articles giving his art a distinctly didactic character. He is a participant of numerous international exhibitions; his works are presented in prestigious public and private collections. Achievements and innovations of the artist were awarded with the State Prize of the Russian Federation in the field of fine arts in 1996. Currently, Francisco Infante is improving his ideas for artifacts at exhibitions in Russia and abroad.

Since 1968, he has been working in cooperaion with Nonna Goryunova.