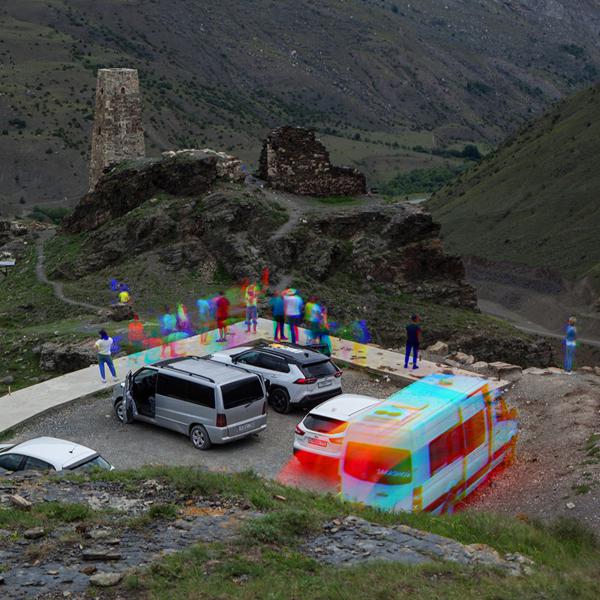 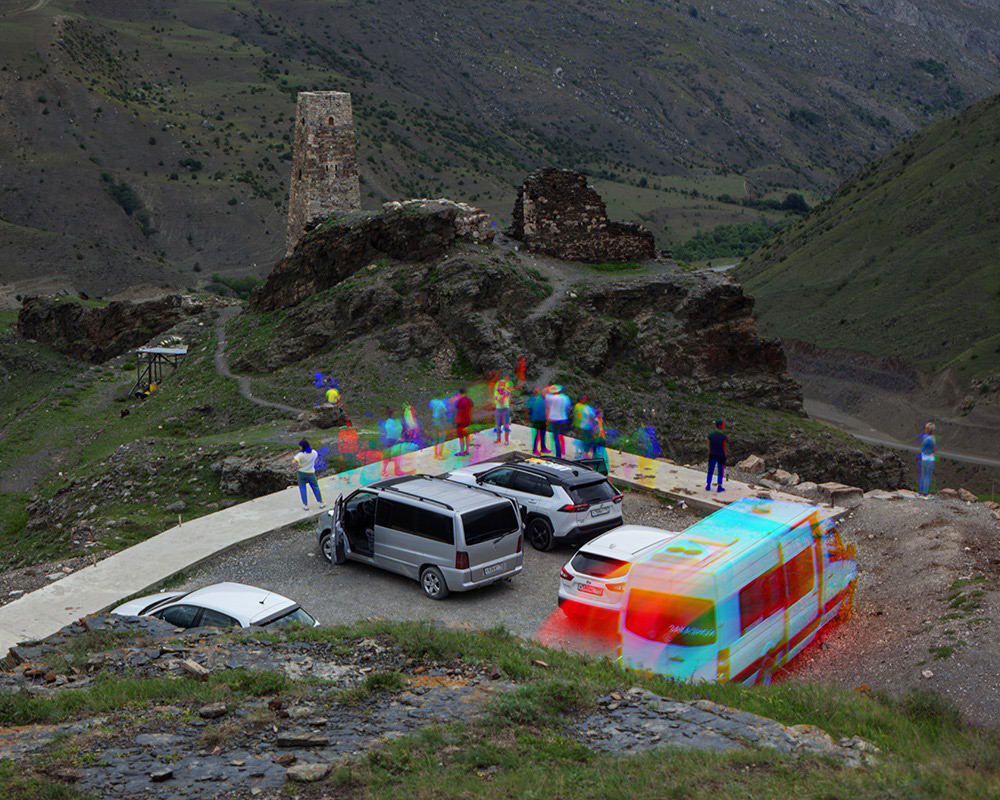 As a researcher, I am very much interested in the issues of identification in the world of various societies striving to erase boundaries, including cultural and ethnic ones. Therefore, the choice of the family towers of Ossetia as an object was obvious to me. With this project, I set myself the goal of understanding the role of the tower as a symbol in modern Ossetian society.

The "collective" Ossetian landscape is unthinkable without the silhouette of mountains, towers, rivers, just as Russian one is impossible without the domes of churches, birches, fields. The mountainous part of Ossetia is replete with ancient buildings, ruins, crypts, towers. This is history. From the outside, with a cursory acquaintance, it seems that this is all. But this is not the case. In fact, the family towers are taking on new life, especially in recent years, and this pace is growing. The families are reconstructing, restoring their historic towers and building new ones where they have never been. The tower as a symbol of the fortress of the clan, its original reference point, connection with history, national identity, has become extremely important for the Ossetians who moved to cities, to the plains. This process was also influenced by the collapse of the USSR - each people plunged into the search for their roots and differences.

In order to better reveal and visualize the topic, I decided to document all possible forms of the existence of towers today: historical, restored, rebuilt, family and military, decor towers (restaurants, courtyards, houses, checkpoints), symbolic (monuments, sanctuaries), towers of various gorges and types of construction, mountainous and urban. It was important for me to trace the transformation of the towers from a fortification application to a symbol of identity.

It is important to understand that the earliest towers in Ossetia date back to the 14th century, and the later ones – to the 19th century. The century before last is the time when these buildings lost their functional (defensive, economic) purpose. This happened with the arrival of the Russian administration in the Caucasus. The vast majority of the towers were destroyed or dismantled up to the 4th floor. Even the noble Ossetian clans that were ranked among the Russian nobility were refused to restore them. In this sense, the towers are also a symbol of independence.

Not every family could build its own tower - this was allowed for the “selected ones”. The community allocated 1 year for the construction. If the clan could not cope within this term, the tower had to be dismantled. Consequently, the tower is a symbol of wealth, the fortress of the clan. For me, as well as for most other uninitiated people, I guess, it was a revelation that quite often the "builder" of the tower was also the founder of the clan, and the tower would bear his name. That is, the tower is literally a reference point for hundreds of representatives of a particular genus. Maybe that's why there was a curse: "Let your tower collapse!"

At present, the overwhelming majority of the towers in the mountainous part remain destroyed and continue to collapse, including the monuments of cultural heritage. According to local residents, there is a contradiction in the fact that the Committee for the Protection of Monuments is not engaged in reconstruction, while the families that these towers refer to cannot restore them on their own pursuant to the law. In the mountains, I heard several stories about how well-preserved complexes are being destroyed, the towers are collapsing in front of the eyes of local residents. In this regard, those who nevertheless decide to restore their family heritage often do so in violation of technology, distorting the original appearance of the object.

During the work on the project, it turned out that representatives of these clans are almost never seen near the family towers. At the same time, it is important that the family memory of the places is preserved, and the legends about the towers are also preserved. For example, Marat Tsagaraev told me three such stories, and then he showed me the towers in question.

Finally, it is important to note that there are very few historical photographs of the towers, not to mention photographs of the towers that have not been destroyed. Photography has deeply penetrated into the Caucasus in the second half of the 19th century. Sergei Prokudin-Gorsky made an important contribution to preserving the image of the Caucasus, and, of course, of the Russian Empire in general, but he did not visit the mountains of Ossetia. It is thanks to his photographs that we have an idea of ​​how people, cities, architectural and industrial objects looked like (in color!), much of what is now in desolation or has completely disappeared. As a visual solution to this project, I made a kind of hommage to the photographs made by Prokudin-Gorsky - shooting in three overlapping frames, as if, continuing his mission of fixing important objects, I finally drove into the gorges of Ossetia.

I thank for your help and support:
Batraz Tsogoev, David Tsalagov, Marat Tsagaraev, employees of the North Caucasus Branch of the State Museum of Fine Arts named after A.S. Pushkin, and everyone with whom I communicated in the mountains.