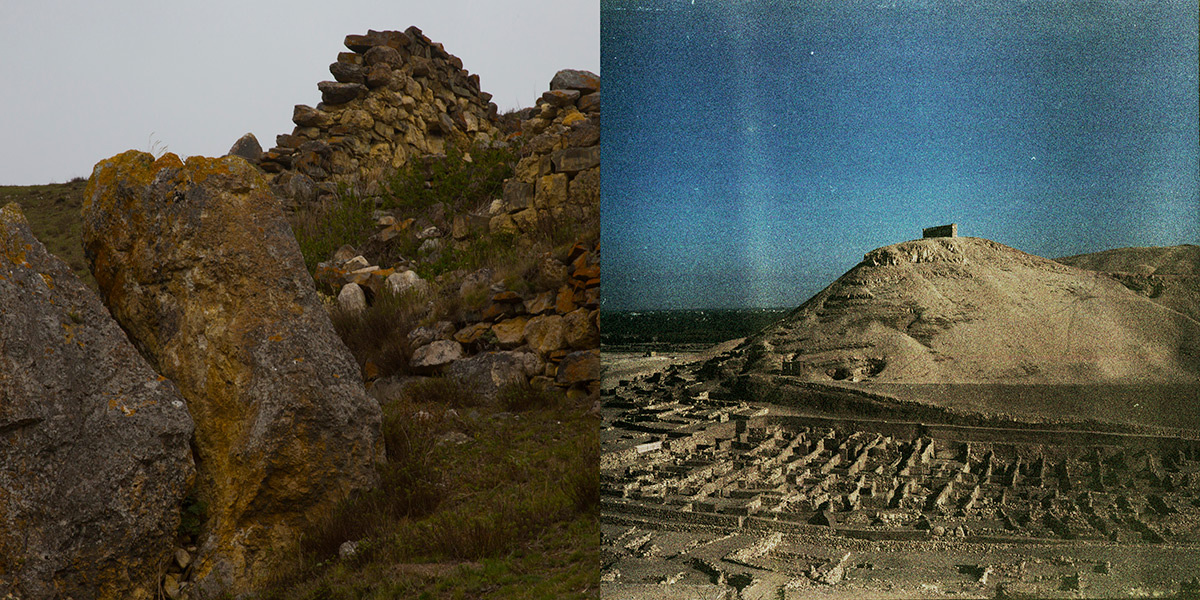 When Stones Keep the Histories… When Stones Can Tell… Relic stones are secret keepers, divulging information through archaeological and anthropological excavation, and the world is connected in ways where history disseminated genetics, culture and ways of life that always require digging into time and space.

When written history emerged, stories of invasions and conquers were documented to become the witness of culture, language, belief and civilizations. Persia invaded Egypt twice in its three thousand years of antiquity, introducing horses, military technique, and tens of elements, and adopted from Egypt the architecture, bureaucracy, governance, agriculture and tens of other aspects of civilizations.Persia extended later in history during the Middle Ages to the Alans and the Ossetians. Crypt towers are those relics found in Egypt, Iran and Ossetia; the human knowledge that invented the architecture of such stone towers is difficult to attribute scientifically to a particular civilization, but they all remain as a witness of ways of life and of peoples who lived, exchanged, defended themselves and buried their knowledge, all for us to explore today and tomorrow.