The violent temper of the famous mountain river inspired the artist to a unique experiment - creation of a musical instrument for the Terek.

In his artistic practice, Sergei Filatov explores and records the underwater sound of aquatic areas: the author's equipment helped to collect the “sound portraits” of rivers and canals of St. Petersburg and Moscow; the Baltic waters off the coast of Denmark, Sweden, Finland; the rivers and lakes along the Black Sea coast, etc. 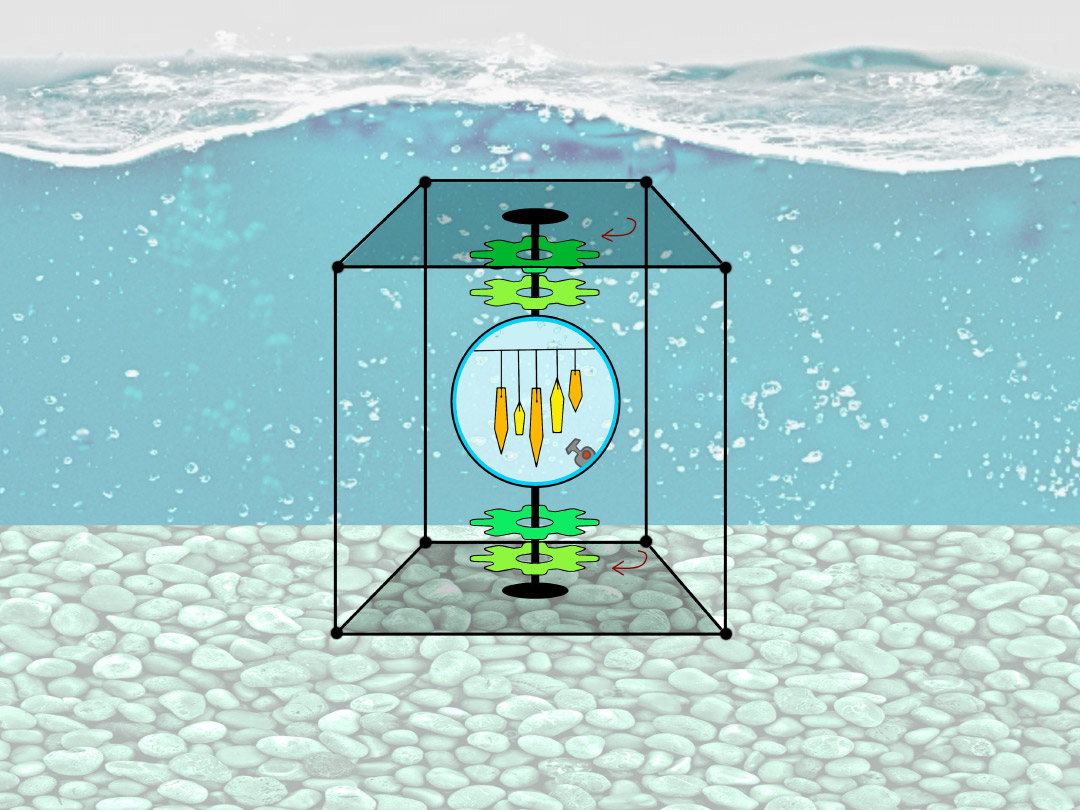 The artist's idea of creating a musical instrument for the river will be realized for the first time at the Alanica Festival. The waters of the Terek, passing along the ancient channel, acquire a powerful high-speed charge: the variability of its water flows will be reflected in the character of sound improvisation.

About the sound module design:

Brass plates are put into a sealed ball. The blades fixed at the poles of the ball ensure its rotation around its own axis. The speed of rotation depends on the speed of the river flow. The plates inside the sealed sphere vibrate and form variable percussion textures. The pitch of each of the plates is related to its length.

The sound and the video are recorded onto the built-in video camera and transmitted wirelessly. Thus, the interaction of the river and the musical instrument can be seen in real time within the framework of a sound performance performed by the natural elements. Subsequently, the video documentation and the sound object Spherionus itself will be presented in one of the exhibition spaces of the Festival.