My Home is Mountains

When I came to Vladikavkaz to attend the Alanica Festival in 2014. I am sure, like many others, I was impressed when I saw the Table Mountain, which can be seen from almost every part of the city, almost intertwined with the city.It is just as important to live with the sea and the sea for Istanbul, the city where I was born and lived. I think that At least for the Vladikavkaz people, these mountains are just as important and a part of daily life. During the trips we made within the scope of the festival, we had the chance to see the mountain closer by going to places close to the mountain by buses. At that time, I also took many photos about the mountain and its beautiful surroundings. 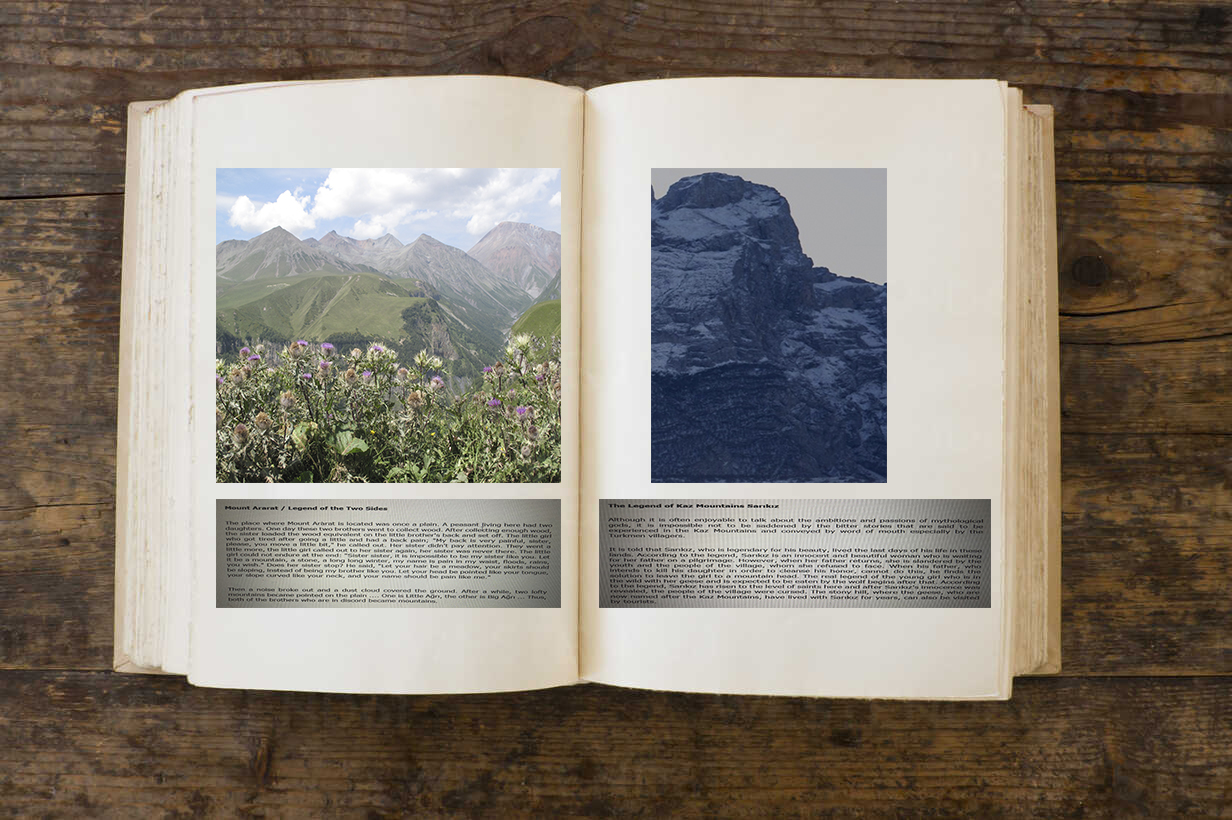 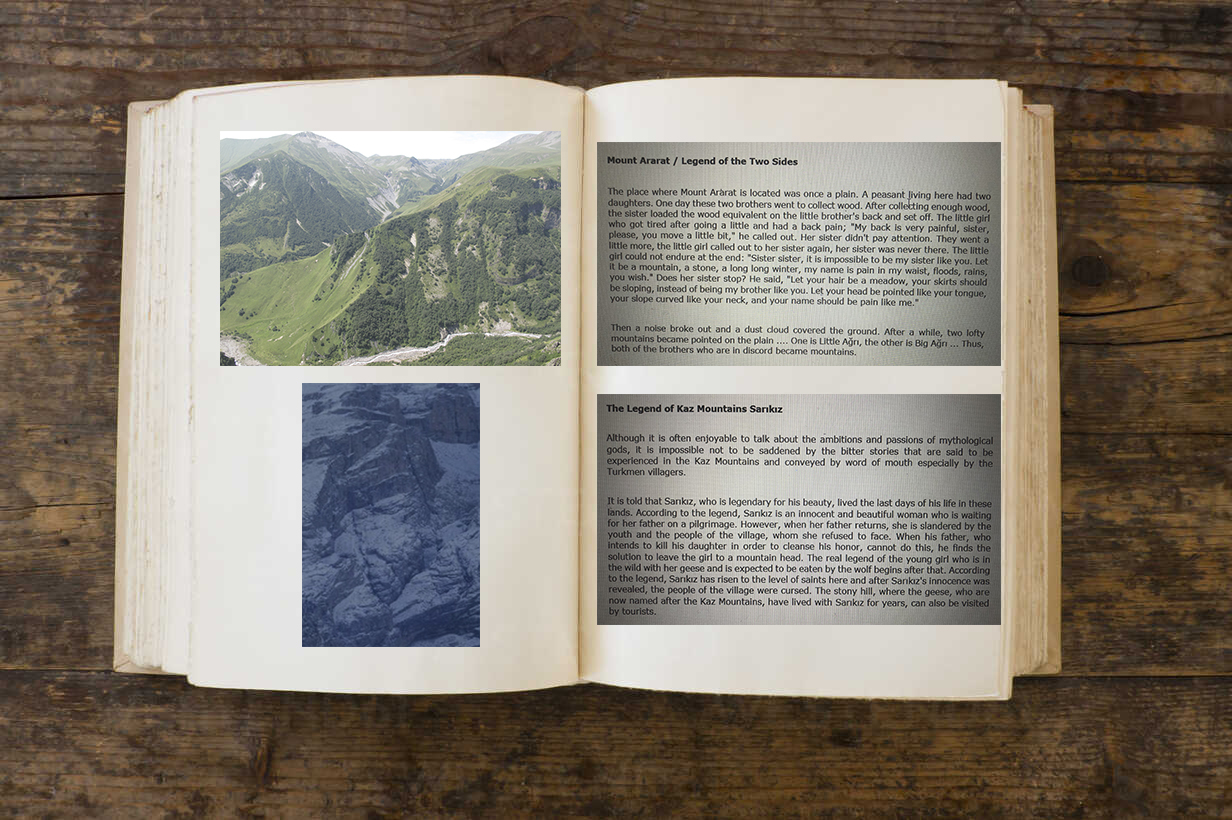 I was happy when I received such a call to attend the same festival years later. To be honest, it was not easy for me to decide on the 12 most important elements of the city we should choose as artists! Because I thought of various ideas that I could and would like to do about almost all of them. But since we were asked to choose only one, I decided on the Table Mountains, the symbol of the city. I can say that the most important factor in making this decision was after reading the legend about this mountain. The city I live in, Istanbul, is a city built on seven hills. However, there is no mountain. But, there are several very important mountain in Turkey, or even one of the most important of them is the rumor that the remains of Noah's Ark Mount Ararat ( Ağrı mountain, height 5.137 m ). Also, the presence of many mountain myths prompted me to address this issue.

The project I'm thinking of doing is mainly the artist book. As materials, I will use the photos which I took during my trip to Vladikavkaz. Also, the screenshots I took from the images the Alenica team sent us online (which can be seen in these close-ups, these images remind me of a monster or a gorilla). The starting point of my project consists of presenting the stories I have chosen from the legends about the mountains in my own country together with the photographs I have mentioned in the form of a book or magazine.

While doing this, I would like to share some of the poems of prominent poets in my country about the mountains. Who knows, maybe I can offer examples of the well-known mountain poems of northern Ossetian poets.

In addition, I can include proverbs, idioms and folk songs about the mountains in Turkish with those in North Ossetia. In short, I aim to establish an indirect connection with my country and the peoples of North Ossetia in this work that I can call an artist's book. And who knows, after reading and writing all these legends and myths, I can finally create a mountain tale of mine, specially for this project!